During 2018 we introduced you to Gary Turner, Hannah Game, Ian Reinemann and Andrew Hayward, we now turn the spotlight onto Justin Pringle, owner and managing director of Prototype Projects. 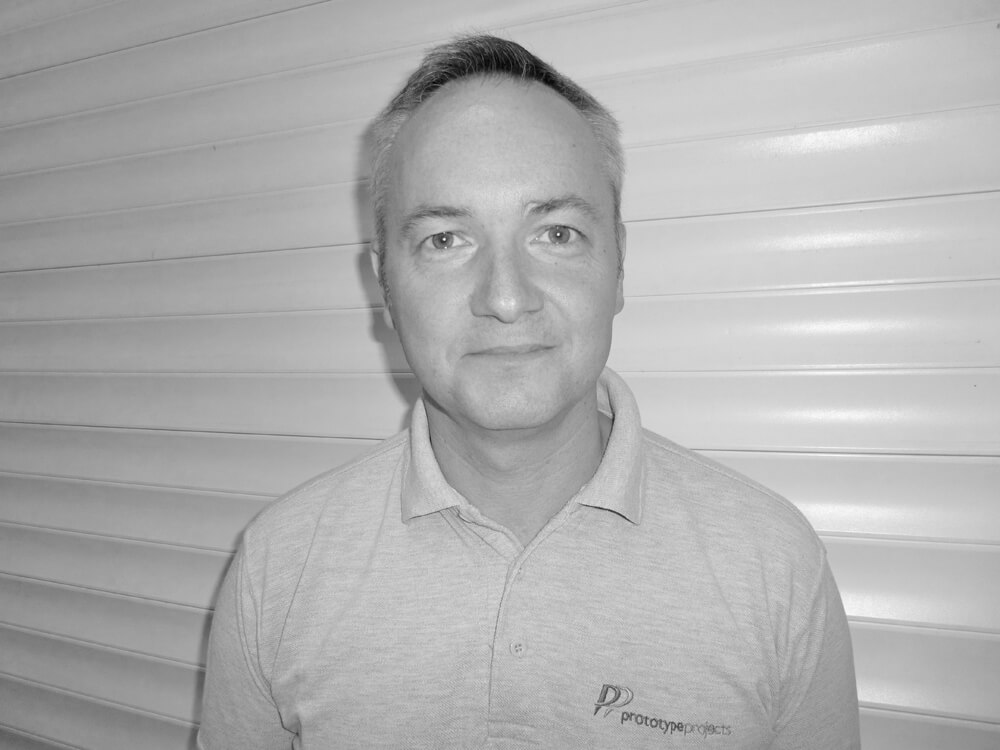 Volvo Apprentice of the Year

After leaving school Justin secured a car mechanic apprenticeship with Volvo, achieving the ‘Volvo Apprentice of the Year’ in 1989. He continued working his way up through the ranks and, by 1993, Justin was the service manager.

Having progressed as far as he could at Volvo, Justin’s career saw a change in direction as he went to work for his father’s design engineering company. Justin worked on projects for Mercedes, designing under seat drawers for the new Smart car, as well as managing various other projects for the company.

After Justin’s father, Adrian, bought Prototype Projects in 2000 it was apparent that the ship had lost its way a little and needed a new direction. Adrian brought Justin into Prototype Projects where he learnt the ropes working on the shop floor before assuming the role of managing director.

In those early days the company was focussed on the automotive industry and, as such, RIM moulding was the main service provided. Justin saw the opportunity for the company to target the medical sector and, as such, the company gradually moved from RIM to Vacuum Casting, CNC and rapid prototyping technologies including SLA and SLS.

When the economy took a turn for the worst, and businesses had to think differently to weather the storm, Justin looked for a strategic opportunity and found it in Germany. He began working for a client as their resident support engineer working on a complete rear seat unit for the GL SUV Mercedes.

This opportunity, which subsequently secured more contracts for Prototype Projects, saw Justin working in Germany, Monday to Friday, from 2008 to 2012. He continued to run Prototype Projects from afar but it would not have been possible without the hard work and support of Gary and the rest of the team at the bureau.

Best of the best

Justin works hard to manage the expectations of the company’s clients in terms of what can be achieved and actively works to ensure clients are aware of everything the company does.
He is incredibly proud of Prototype Projects, in particular what they have achieved in the last decade.

The journey has been difficult at times but the team is very dedicated and understand the needs of the company’s clients. The team work hard, embrace new technologies and work to achieve industry standards such as ISO 9001 which they were first awarded with in 2004.

We have been looking into the various options for printing with metal and, along with discussions with our clients, we are evaluating if this is a process that will add benefit for our clients.

In addition to investments in technology, Prototype Projects has worked tirelessly to meet the demands of its customers by offering next day dispatch on SLS, SLA, FDM and PolyJet 3D-printed parts. An improved turnaround time for CNC parts is currently being trialled and, if successful, will be rolled out to all customers during 2019.

If you have any questions about our prototyping services or wish to request a quote, please contact us on 01763 249760. We can advise you on your choice of prototyping technology and can also help you optimise your designs for prototyping.