At the start of 2020 (it feels like a lifetime ago now!), we shared the first of our ‘celebrating 40 years in the making’ articles as part of our 40th-anniversary celebrations. The article looked at the world of gadgets and technology (and our very own Gary Turner) in the 1980s.

In this article, we jump into the 1990s. It was an era of ‘to infinity and beyond,’ Sonic The Hedgehog, repeated FIFA World Cup disasters for England, and the mullet was as cool as Vanilla Ice hip hop. Michael Bolton’s How Am I Supposed to Live Without You was the first number one of the 90s, but it was Mariah Carey who dominated the charts throughout the decade, with 60 weeks at number one.

While Mariah was busy hitting the big notes, here, at Prototype Projects, we embarked on a small yet smart project that would result in big changes for the company that had lost its way a little. 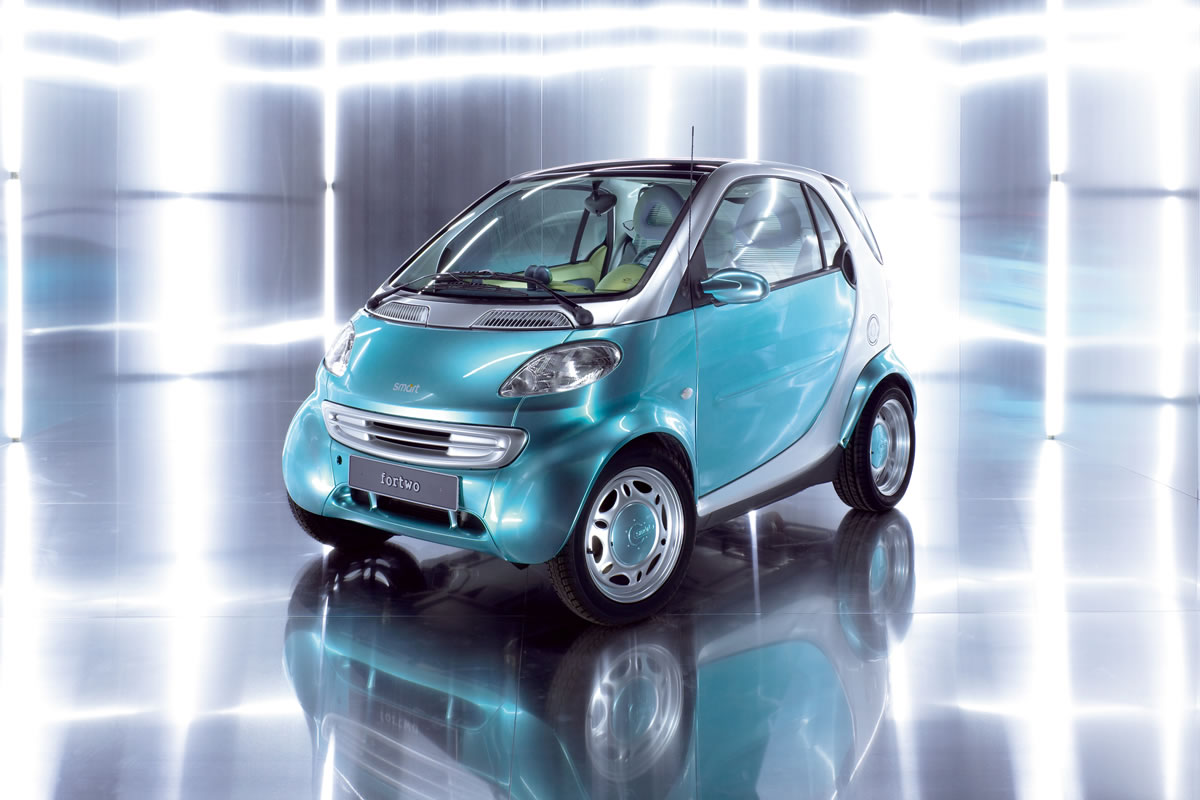 Towards the end of the 1990s, Mercedes was gearing up the development of its Smart Fortwo car. Adrian Pringle’s company, AG Pringle Ltd, was contracted to design the under-seat storage system for the new car. Having recently left Volvo to progress his career, Justin Pringle joined his father’s company and soon became part of the design team for the project, in fact, it was Justin’s solution that was chosen by the Smart Project Leader for the locking mechanism.

Once the team had completed the concept, it was time to prototype the storage system. Prototype Projects was commissioned for this and, as such, used silicone tooling, vacuum casting and RIM moulding to build the prototypes. Fifty units were made for testing and evaluating the system which was subsequently used in the final design of the Fortwo that was released in 1998.

The start of a new era

The Smart project kickstarted a relationship for Adrian that would culminate in him acquiring Prototype Projects towards the end of 1999.

In 2000, Adrian brought Justin into Prototype Projects where he learnt the ropes working alongside Gary Turner on the shop floor before assuming the role of managing director. Justin, a joint owner of the company, still holds this role today.

“It was a very exciting time for me. I’d worked with Volvo since my apprenticeship and the opportunity to work on the Smart car project was very appealing. Did I know then that the project would change my career in such an impactful way? No, but an incredible chain of events brought me to Prototype Projects and for two decades I have shaped and grown the company into a successful business.”

The turn of the Millennium

In our next ‘celebrating 40 years in the making’ article, we’ll dive into the 21st Century to the noughties. It was a decade that saw the birth of social networking sites, a string of terrorist attacks and wars, the emerging use of robotics, especially telerobotics that were used in surgery, and tall, blue beings smashed the box office in Avatar.

We offer a 3D printing service for SLA, SLS, FDM and Figure 4 parts. Use our My 3D AM service for online SLS and SLA 3D printing instant quoting and ordering for additive manufacturing. We also offer CNC machining and milling and laser cutting services.