Kathryn Baldrey-Chourio started Nana’s Manners in 2013 with her husband Chris, shortly after returning to work as a teacher following maternity leave. The same year, the government introduced free school meals for all Key Stage 1 children.

With so many children eating the free meals, it soon became apparent that many children were unable to hold their cutlery properly.

Feeling something needed to be done, Kathryn set to work researching children’s development and started shaping and moulding clay to create the first of many knife and fork prototypes.

With a vision to create a stress-free eating experience for children, Kathryn reworked and perfected her clay prototypes using a professional design consultant. 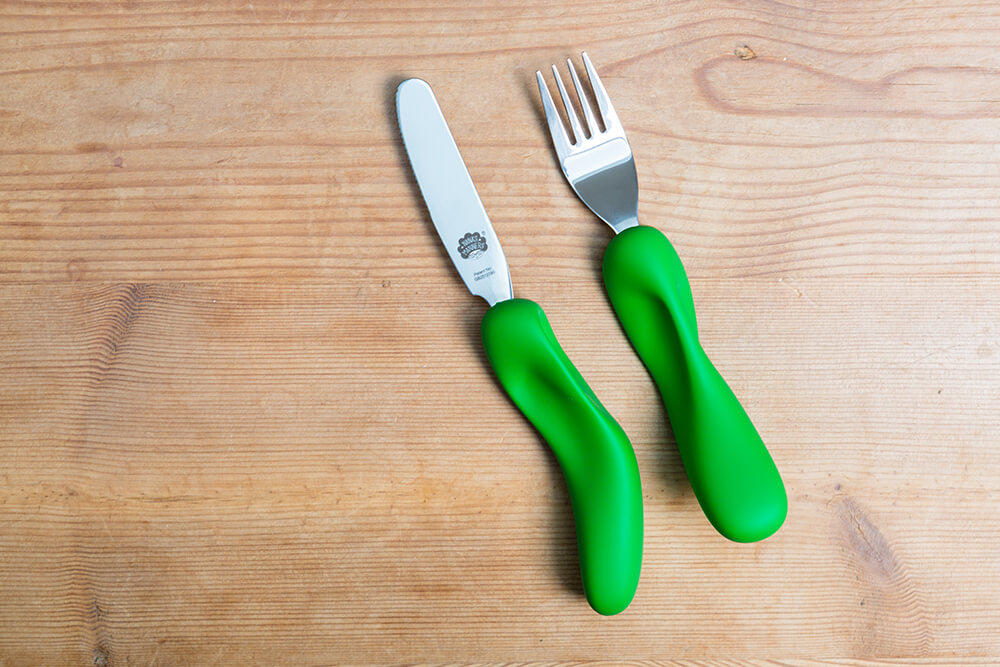 From clay to 3D printing

Once the design was finalised, Kathryn’s designers recommended Prototype Projects for the production of 3D printed prototypes.

Working with Prototype Projects to refine the colour and shape of the knife and fork, the first 3D printed prototypes were made in 2015.

The handles were then vacuum cast around the metal using Polyurethane resin, brightly coloured to give the look and feel of a production item. 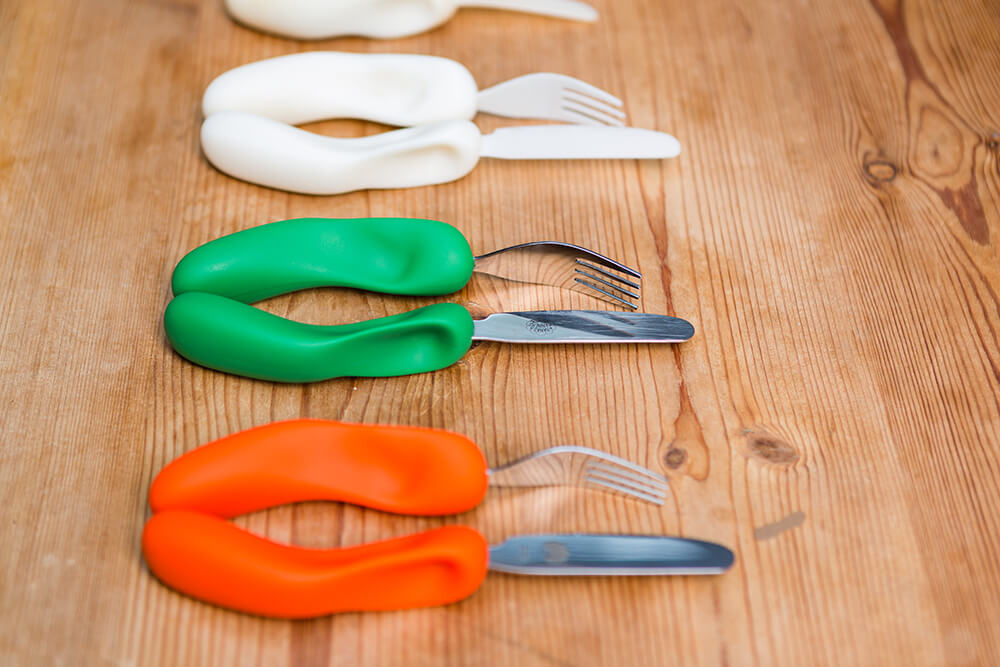 In 2017, Nana’s Manners exhibited at Europe’s biggest baby and children tradeshow, in Germany.

The centrepiece of the exhibition stand was to be a range of new colour samples from their manufacturer for colour testing customer preferences at the exhibition.

But when they were let down at the last minute, Kathryn contacted Prototype Projects with a request for urgent help.

Quick to respond, Prototype Projects took a selection of the existing manufactured products and re-sprayed them with new colours.

Kathryn says, “Prototype Projects were brilliant. We posted the products to them to arrive on the Friday, and then, early on the Wednesday morning, a member of the Prototype Projects team arrived at our offices in London with the freshly re-coloured samples meaning we had everything we needed for the tradeshow”.

The tradeshow proved a great success and new colours are being added to the cutlery. At the same time, Prototype Projects are adding a soft-touch finish to the handles. 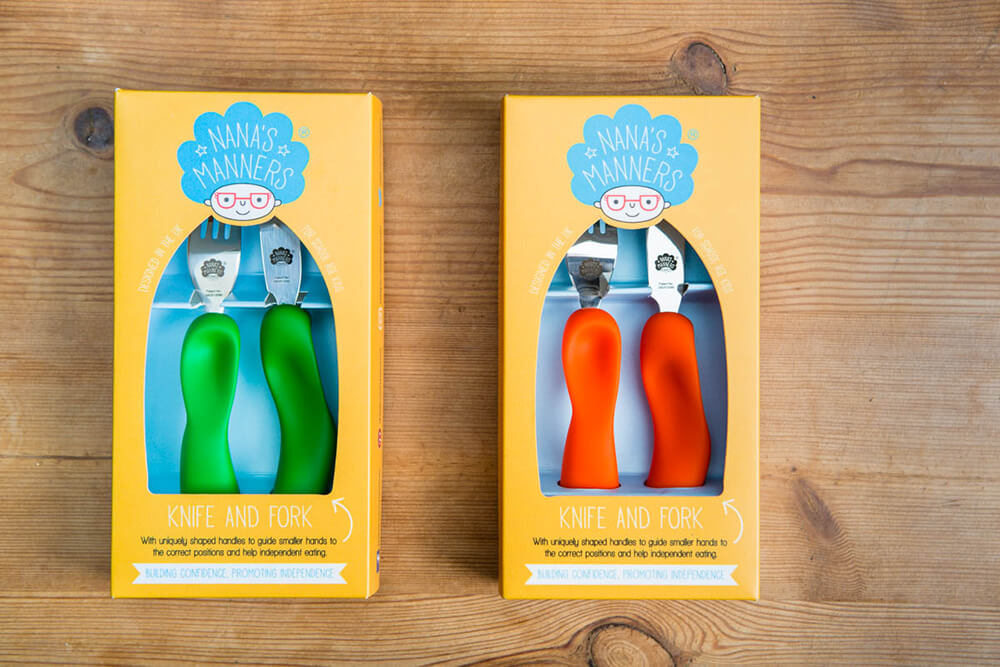 Given that the cutlery is aimed at children aged 4 years and older, Nana’s Manners are now looking to develop a commercial version for schools and restaurants. To do this, it will need to be more robust to withstand high volume use and industrial dishwashing.

Nana’s Manners will be working with Prototype Projects to develop the range to meet the commercial standards. The company is also planning to develop a plate and cup.

Kathryn and Chris are now taking their business to the next level. On Sunday 1 October 2017, the husband / wife duo appeared on BBC2’s Dragon’s Den asking for a £50,000 investment in return for 20% of their business. Touker Suleyman offered the pair all of the money for a third of the business which, after taking a few minutes to contemplate, they accepted. Suleyman has vowed to help take the business to the next level.

The benefits of working with Prototype Projects

When asked about the benefits of working with Prototype Projects on the knife and fork designs, Kathryn said “they are a great company to work with. You can pick up the phone and have a chat about any problems. They are incredibly easy to work with and their turnaround time is second to none. We’re looking forward to continuing our working relationship with them as we step into the commercial world.” 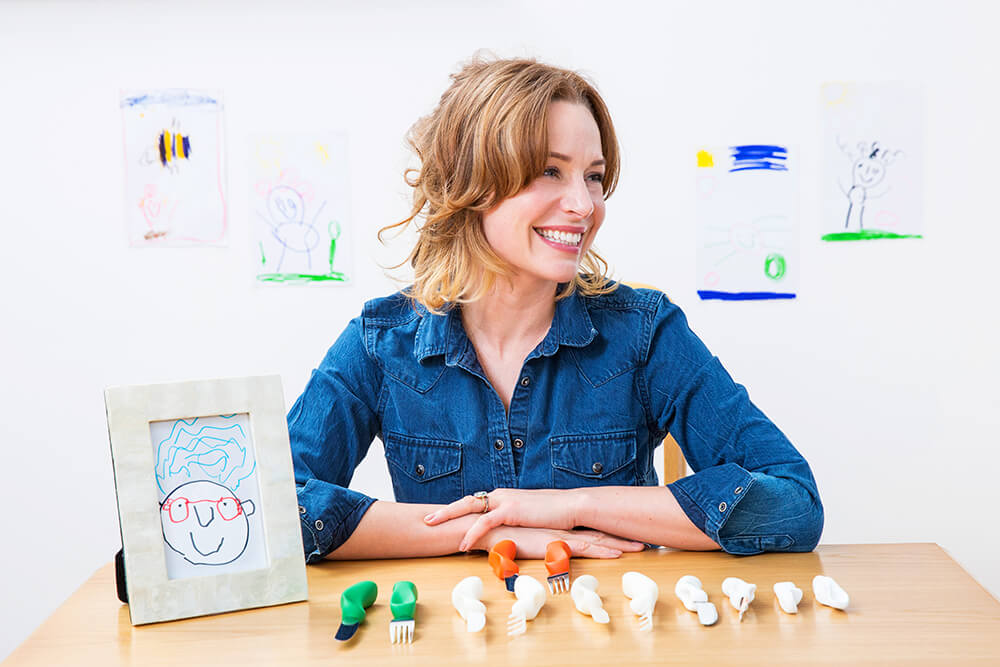 All images courtesy of Nana’s Manners.

Ready for your next prototype project?

Request a quote on our website or call us on 01763 249760. Or if you would like to arrange a visit to our 3D Printing facilities in Royston, contact Prototype Projects.