We recently introduced you to our Sales Manager, Hannah Game – read more about her here. In this spotlight we find out about Gary Turner, the man who started his work-life with Prototype Projects as a boy. 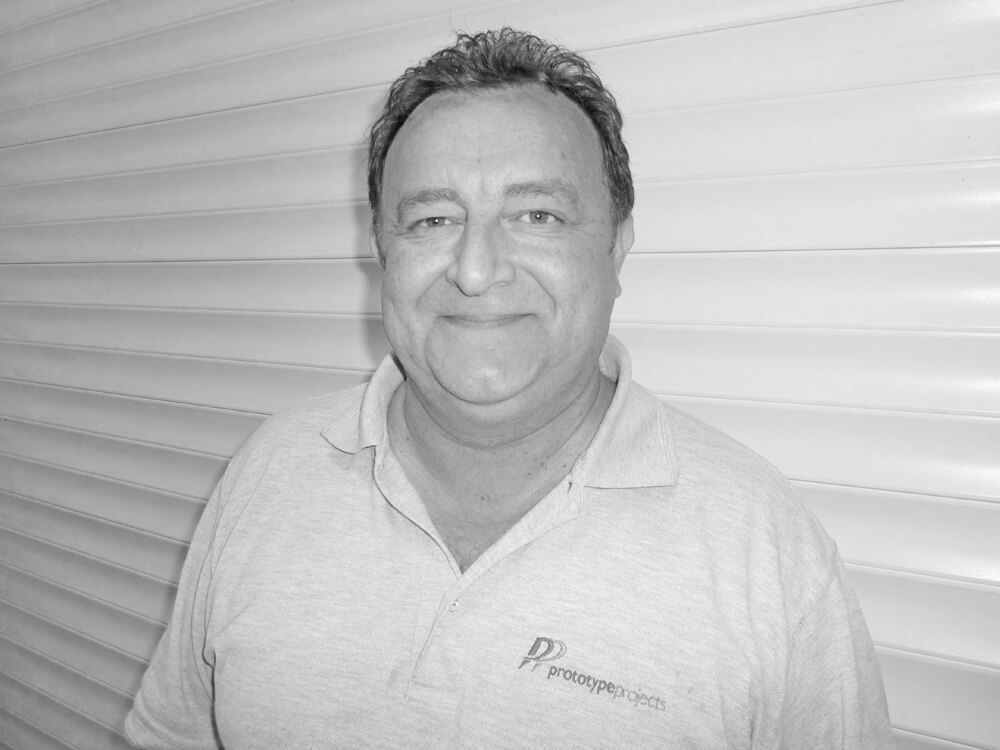 Gary Turner: In it for the long haul

Talking to Gary Turner is easy. He’s the kind of man who seems confident in what he’s doing, and he should. As Prototype Projects’ longest-serving employee, by at least 10 years, Gary’s prototyping knowledge is second to none.

So where did it all begin? Having fallen in love with engineering and woodwork at school, Gary jumped at the chance to learn the ropes as a model maker at Prototype Projects back in 1981 when the business was based in Letchworth. At the tender age of 16, Gary started at the very bottom as the tea-boy/sweeper-upper but, as an apprentice, he found and developed a real passion for model-making. It is a passion that is still very much alive today.

Nurturing for the future

The same was true then as it is now… college courses for model making and prototyping did not exist and so, as Gary learned more and more as the years went by, he passed on his knowledge with other colleagues and apprentices. This way of working has continued at Prototype Projects as the new apprentices learn from the team leaders who were once the apprentice themselves.

Gary and Justin’s working relationship has only strengthened over the years, with both comfortable to look to the other to challenge or support the direction of the company and build its reputation.

As the General Manager, Gary manages the daily operations of the company so Justin can focus on building the business by meeting with both existing and potential clients. Gary is also responsible for managing the 3D printing and vacuum casting quoting process.

Gary and Justin are always looking at new technology to invest in to ensure Prototype Projects remains a rapid prototyping leader. Gary takes a considered approach and, with a finger on the pulse of latest ideas coming from Prototype Projects’ clients, provides invaluable input to the decision-making process. An example of this is when, earlier in 2018, Justin, Gary and Ian travelled to Munich to look at the DyeMansion SLS dyeing system (more about this to be announced soon).

As well as his General Manager duties, Gary is also the Technical Manager for the company and uses his breadth of experience to ensure each project runs without any snags.

Gary said, “There are times we bang things round the table and come up with the right solution”. He continued, “We love a challenge. It’s very rare that we can’t figure it out”. He stresses that the sharing of knowledge works both ways at Prototype Projects and, when needed, the team are able to advise Gary on the best way to do something.

Prototype Projects’ reputation is very important to Gary who remains as dedicated to the company as he always has been. He believes in the importance of delivering quality parts and is proud of Prototype Projects’ award-winning customer service.

There is often much truth in jest and so when Hannah calls Gary a Guru it comes from an understanding that, although Gary doesn’t know everything, he knows pretty much all there is to know about rapid prototyping!

The team are also frequently subjected to ‘Garaoke’. Yes, karaoke by Gary. It is clear that Gary knows how to balance business with fun and he often receives emails from customers thanking him for making them laugh. Gary said, “I do love a happy office”.

When asked why he doesn’t make tea for Hannah, Gary simply replied that he makes it on the first day of every month! We guess that since he started life with Prototype Projects as the tea-boy, we should cut him a little slack. He’s done plenty of tea rounds over the years!

Outside of work, it’s ‘the good life’ for Gary. He lives in the countryside and enjoys looking after his chickens as well as cooking for others.

In our next update, we’ll shine the spotlight on Ian Reinemann who heads up our CNC team.

If you have any questions about 3D printing or wish to request a quote, please contact Gary Turner or one of the office team on 01763 249760. We can advise you on your choice of prototyping technology and can also help you optimise your designs for prototyping.